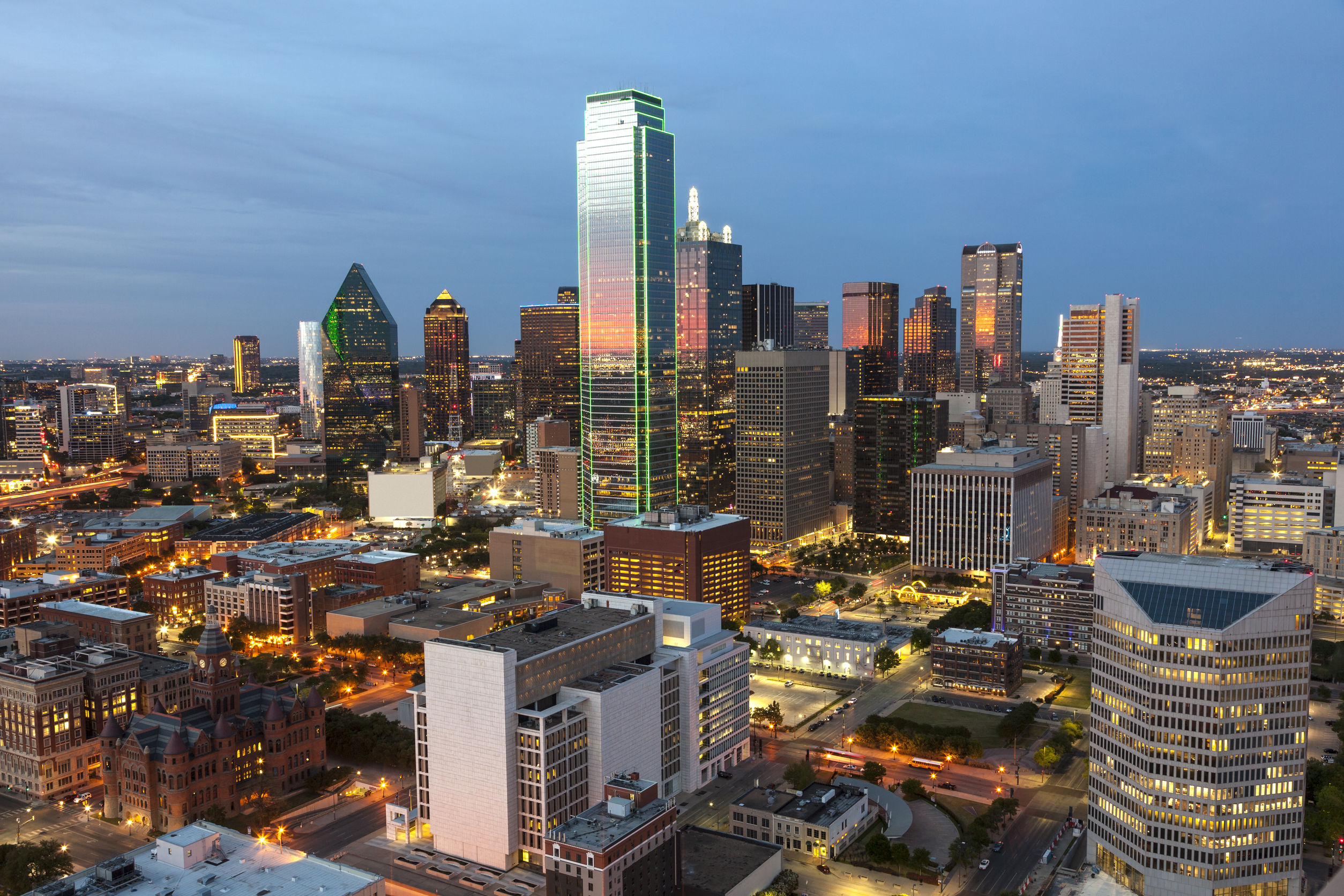 Downtown Dallas’ distinctive skyline may look the same, but at street level, the situation is very different. As local commercial real estate guru Jon Altschuler observed, “When I step out of [my office at] Thanksgiving Tower and head in either direction, it feels like I should be wearing a hard hat. There is so much construction activity. Welding, banging, building — you can tell it’s going to be a different streetscape in 18 months.”

New residential developments, such as Bleu Ciel’s luxury condos just north of Victory Park, continue to attract tenants to the area. Private investors are pouring capital into the renovation of near-abandoned properties such as the old Butler Building. The city’s efforts to make downtown more pedestrian- and bike-friendly have transformed the urban core into a hub not just for business, but for play as well.

If you haven’t visited Downtown Dallas in a while, here’s what you might have missed and what you have to look forward to.

One of the most exciting projects in downtown Dallas is the revival of the historic Statler-Hilton Hotel at Commerce and Harwood, within walking distance of both the Farmers Market and Main Street Garden districts. A classic example of mid-century modern architecture, the hotel first opened its doors to great fanfare in 1956. Centurion American Development Group purchased the building (as well as the neighboring Old Dallas Public Library) with the aim of creating a true 21st-century mixed-use complex. The new Statler-Hilton will feature more than 200 residential spaces, more than 150 hotel rooms, on-site dining and shopping and a “black box” performing arts venue. It will also be the new home of The Dallas Morning News. The building will be officially back in business in early 2017.

Hamilton Properties, the firm responsible for the innovative Aloft Hotel near the Dallas Convention Center, is currently finalizing its work on the Lorenzo, an artsy take on an old Ramada Inn and Suites in Dallas’ South Side. With a resort-style swimming pool (complete with cabanas), themed corner suites, high-rise dining and plenty of unique architectural features, the Lorenzo has attracted a good deal of attention and is already booked up through February 2017.

Forty Five Ten’s new downtown location has quickly established itself as the destination for Dallas’ most fashionable. A haute couture boutique that helped to make Uptown one of Dallas’ hippest neighborhoods in the early 2000s, Forty Five Ten chose to relocate its flagship store to Main Street this past November. With its truly one-of-a-kind items painstakingly curated from a selection of the world’s leading designers now spread across three floors, Forty Five Ten has also been able to add entirely new departments, such as a bridal registry, housewares and lifestyle accessories. Now home to both Neiman Marcus (the gold standard for department stores) and Forty Five Ten, downtown Dallas is reasserting its status as a center for thought leadership and influence in the retail industry.

For those looking for something a little earthier, the newly re-launched Market building at the Dallas Farmers Market is now 100 percent local. Vendors change on a daily basis, and with more than 107 booths to visit, opportunities for discovery abound. Small businesses specializing in homemade jams and preserves, artisanal soaps and candles, antiques and more welcome browsers seven days a week. Kari and Dan Bradley, the artists and entrepreneurs behind the hugely successful Bullzerk on Lower Greenville, recently opened a location at the Market. If you’re looking for apparel and decor that celebrates all things Dallas, stop in and check out the Bradleys’ latest designs.

Keeping up with the number of new restaurants opening in downtown is nearly a full-time job. But at least it’s a position that comes with job security. According to the Dallas Business Journal, more than 90 eateries are breaking ground downtown, with 10 on the immediate horizon.

Among the recent restaurant debuts, Tortaco and the Flora Street Cafe have drawn both critical and popular acclaim. Chef Stephan Pyles is the driving force behind the Flora Street Cafe. One of the fathers of Southwestern cuisine, Big Spring’s Pyles continues to grow his reputation through the genius menu he’s devised for his Dallas Arts District concept. It showcases regional game (antelope), new takes on classic Texas ingredients (purple hull peas, peaches) and a complement of Hill Country wines.

Tortaco opened its kitchen on Ross Avenue, not far from the Dallas Museum of Art and the Nasher Sculpture Center, in late November. Not surprisingly, you’ll find both tortas and tacos featured prominently on the menu. But Tortaco’s executive chef, Nico Sanchez, isn’t content to offer the standard Tex-Mex options of beef, chicken and pork. He says if you can wrap it in a tortilla or press it between the two halves of a bun, Tortaco probably serves it. Bowls are another popular option, especially for those with vegetarian diets. Add to this unusual menu an upscale biker bar atmosphere, a huge patio and a dizzying array of tequilas and mezcals to sample, and it’s easy to understand why Tortaco has already become a happy hour hotspot.

Grayson Social’s slogan is “tall drinks and Southern fare.” Making its home in the LTV Tower on Elm Street, just doors down from the Majestic Theatre, this new establishment also advertises itself as the “the first social club of its kind in downtown Dallas.” Membership benefits include discounts, preferred seating options and invitations to private events. Nevertheless, drop-in guests are still welcome and can marvel at Grayson’s bartenders’ expertise mixing more than 30 different specialty cocktails. Some of the concoctions, such as the beef and bourbon (it features a garnish of Texas jerky), are real conversation starters.

What are your new favorite Downtown Dallas destinations? What downtown developments are you most eagerly anticipating? And what’s on your wish list for Downtown Dallas’ future? Keep the conversation going about what makes our city great by sharing your thoughts in the comments on Facebook.