Most Historic Places in Downtown Dallas 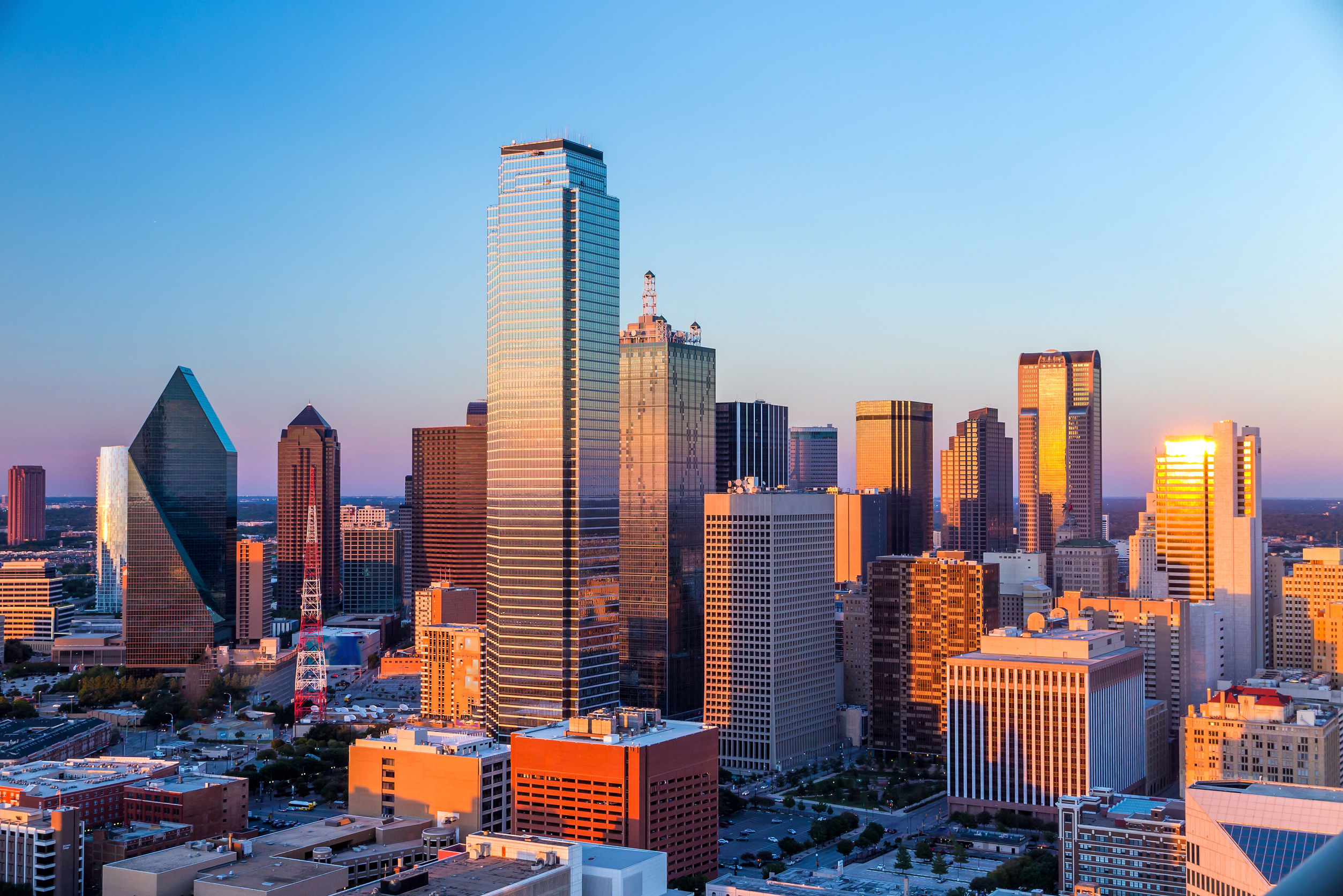 Dallas is a thoroughly modern city that cherishes its past and remembers its humble origins. Spending time downtown is a great way to celebrate places and ways of life that are long gone and bring important elements of early Dallas culture to life for younger generations. Here are some must-see downtown destinations that tell the story of Dallas through art, architecture and historic preservation.

The Old Red Museum of Dallas County History and Culture and the West End Historic District are two downtown attractions that chart the birth and meteoric rise of our metropolis. Tours of these popular sites highlight the buildings and people who came together to create the city of Dallas. Old Red Museum tours are held Monday – Friday at 2pm and are free with museum admission. Visitors can explore the 1892 building at 100 South Houston Street – originally known as the Old Red Courthouse – from its clock tower to its hidden vault, with discussion along the way of such striking features as the grand staircase and the stained-glass lunette windows.

The Dallas Center For Architecture gives West End Architectural Walking Tours on the first and third Saturday of every month at 10am, offering a glimpse of early Dallas from the perspective of the founders who first settled here in the 1840s. The DCA tour also focuses on the West End’s architectural development through the balance of the 19th and 20th centuries, and its development as a hub of commerce and government. Tours are $10 for adults and $5 for kids, with discounts for seniors and AIA members. Reserve a spot in the next tour at the DCA website.

Thousands of tourists and local citizens also visit The Sixth Floor Museum at Dealey Plaza each year to commemorate John F. Kennedy. Prior to entering the nation’s consciousness due to the tragic presidential assassination on November 22, 1963, Dealey Plaza was just a modest three-acre city park at the western edge of downtown named for the conservation-minded former publisher of the Dallas Morning News. And the Texas School Book Depository across the street was a simple commercial property. (It was originally erected in 1898 and hosted air conditioning and grocery businesses before becoming a textbook distribution warehouse.) Today, the Dealey Plaza Historic Landmark District, as designated by the National Parks Service, encompasses both sites, as well as the JFK Memorial Plaza at 646 Main Street. Visitors to the Sixth Floor Museum at 411 Elm Street can learn about JFK’s life and legacy, as well as view the spot where Lee Harvey Oswald fired his rifle through one of the Book Depository’s sixth-floor windows. Afterward, spend some time in the serene JFK Memorial Plaza. Comprised of roofless concrete walls enclosing a black granite square bearing the late president’s name, this somber space in the middle of downtown’s growth and bustle offers a quiet reminder that for all of the controversy surrounding his death, JFK remains a symbol of hope for those who carry on.

The Dallas Municipal Building at 2014 Main Street, a fine example of downtown’s plentiful Beaux-Arts architecture, is also infamous for its role in the aftermath of the JFK assassination. Built in 1914, with an addition in 1956, the Municipal Building was once home to Dallas’ city hall, jail, police headquarters and municipal courts. Oswald was held there after being captured at the Texas Theatre in Oak Cliff, and also arraigned there for the murders of President Kennedy and Dallas police officer J.D. Tippett. On Sunday November 24, 1963, as he was being escorted through the building’s basement for transfer to the county jail, local businessman Jack Ruby stepped forward and shot Oswald, fatally wounding him as live television cameras rolled. This shocking and chaotic moment in American history is another for which Dallas is well-remembered, but the next life of this storied structure will be about a new generation and a brighter legacy. The University of North Texas is currently undertaking a complete historic renovation of the building, which, once completed, will serve as a new campus for its downtown law school.

Many additional examples of Beaux-Arts architecture grace downtown’s streets. The style is most closely associated with the École des Beaux-Arts in Paris, but it became a popular and influential movement in modern architecture. The neoclassical Adolphus Hotel at 1321 Commerce Street is a prominent reminder of this trend. Named in honor of the man who built it – Anheuser Busch founder Adolphus Busch – Dallas’ first luxury hotel became the jewel of the skyline upon opening in 1912. It has since welcomed all manner of celebrity, from presidents to pop stars to Queen Elizabeth. Its Century Room nightclub was also at the center of Dallas nightlife for decades, hosting Prohibition-era parties, big band superstars, and popular comedians of the day. While the Century Room is but a memory, and the hotel has modernized to meet the expectations of today’s guests, its ornamental castle-like façade continues to evoke the city’s early charm and spirit. Or, shall we say spirits: The Adolphus also has a reputation as one of Texas’ more legendary haunted hotels.

The Beaux-Arts Magnolia Building at 1401 Commerce Street made an impression when it debuted as well. When it opened its doors in 1922, the Magnolia became Dallas’ first true skyscraper. For years, it was both the tallest building in Texas and west of the Mississippi. It originally served as the headquarters of the Magnolia Oil Company, which would go on to become ExxonMobil. The building is perhaps best known, however, as the home of the neon Pegasus, a rotating sign that became a Dallas icon. The original winged red horse was installed on top of the Magnolia Building in 1934, and it celebrated the first annual meeting of the American Petroleum Institute. The Pegasus has served as both a company symbol and a beacon for travelers ever since. The City of Dallas acquired the original sign in 1976, but, due to structural damage, the boutique Magnolia Hotel that now occupies the building replaced it with a new Pegasus in 2000. The refurbished 1934 sign now sits on the grounds of the downtown Omni Hotel, where you can see and experience this official Dallas landmark up close.

Visit the City of Dallas Historic Preservation site and Preservation Dallas to discover even more historic buildings and landmarks downtown, and tell us about your favorites on Facebook and Twitter.